experiences in themselves are not the goal of practice in the Way of Adidam. Rather, they are simply phenomena that may occur spontaneously. It is the process of devotional and Spiritual Communion with Avatar Adi Da, developing more and more over time—sometimes showing extraordinary signs, sometimes not—that grows and deepens the devotee’s practice of searchless Beholding of Him.

Being Initiated into Avatar Adi Da’s Spiritual Transmission is the most profound transformative event that could ever happen to a human being. His Ruchira Shaktipat opens the being to the unique Spiritual process that He has brought into the world through His Avataric Incarnation. This process is a Divine Yoga, accomplished by Avatar Adi Da in the body-mind of His devotee. And that process continues throughout the course of the Way of Adidam—up to the point of receiving His Supreme Gift of Divine Enlightenment, and even beyond that, throughout the process that unfolds (by His Grace) in His Divinely Enlightened devotee.

“I Am the Divine Love-Bliss, Coming from Infinitely Above, and Surrounding the body, and Entering it, Infusing it, Pervading it—Distracting you from self-attention and Turning your attention to Me.....And My Characteristic is Love-Bliss Itself, whatever other sensations there may be in the body-mind itself.”

The Fourth Fundamental of the Way of Adidam 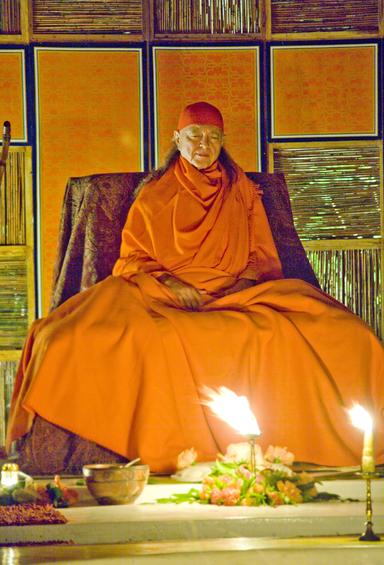 THE FOUNDATION PRACTICE of the Way of Adidam is full when the devotee has firmly established the fundamental practice of Ruchira Avatara Bhakti Yoga and has thoroughly adapted to all the supportive practices (including life-positive disciplines and the disciplines of attention and energy). Once this foundation preparation is complete, the devotee has fulfilled the necessary preparation that makes it possible to receive Avatar Adi Da’s Gift of His Ruchira Shaktipat (His Spiritual Transmission).

This Gift is Given entirely by the Divine Master Himself—in the course of one or more periods of special Initiatory retreat. This Initiation is Granted by Avatar Adi Da when He is moved to do so, in the case of each individual, by the demonstration of ego-forgetting devotion. He can tell at once if a devotee is ready—if the Yogic signs of equanimity and openness to Him are there.

Avatar Adi Da has spoken on many occasions of how, traditionally, the Grace of true Shaktipat was rare, given only to the most serious practitioners. Avatar Adi Da’s Ruchira Shaktipat cannot be gained through an ego-based orientation (“If I follow this program of practices, I will ‘earn’ Shaktipat, and then I will ‘have it’ from that moment on.”) Avatar Adi Da’s Spiritual Transmission is Him, His Very Person. The circumstance of receiving His Shaktipat is surrender to Him, and not the attempt to “get” something for oneself. One must constantly continue to cultivate the devotional and Spiritual relationship to Him on the basis of having received His Spiritual Initiation—rather than running away, like a dog with its bone, and presuming to take the Gift of Spiritual Initiation for oneself.

As the body-mind goes through the process of adapting to Avatar Adi Da’s Spirit-Force, various purifying experiences (kriyas) may occur in body, emotion, mind and breath. The body may move or shake in various spontaneous ways, even at times taking on unfamiliar Yogic postures. There may be intense heart-feeling and emotional release through weeping or sudden vocalization. Mind and thought may become a speechless stillness, with attention deeply established in Avatar Adi Da’s Divine Love-Bliss. And the breath may go through all sorts of changes—becoming exaggeratedly rapid or deeply relaxed, and even spontaneously suspended for periods of time.

At times, receiving Avatar Adi Da’s Divine Spiritual Transmission can also take the form of an overwhelming Spiritual “Intoxication”, or the feeling of a forceful Infusion of His Divine Spirit-Force. However, extraordinary