The First Fundamental of the Way of Adidam

“If you make Me the Object of your attention, all the other ‘things’ of attention (which have no permanence) will dissolve.” 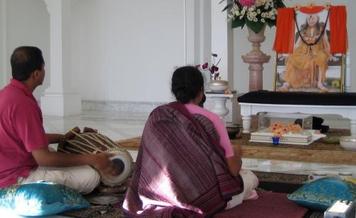 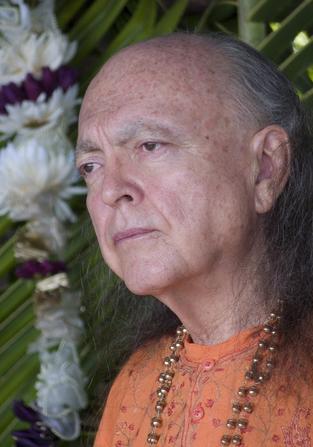 THE HEART OF THE RELATIONSHIP to Avatar Adi Da lies in constant turning to Avatar Adi Da Samraj in true devotion. You turn to Him simply because you recognize Him as the Divine Avatar, and He is so Spiritually Attractive, so Beautiful to Behold, that you are naturally moved to turn to Him.

The practice of devotion to Avatar Adi Da is based on two esoteric laws:

1. YOU BECOME WHAT YOU MEDITATE ON. Putting your attention on something is a very powerful act. When you fix your attention on something over time, it influences you profoundly, and you create a habit-pattern. This principle works to your advantage in the practice of devotion to Avatar Adi Da. Because the “Bright” is Shining in (and as) Avatar Adi Da’s human form, turning attention and energy to Him awakens direct Communion with His “Bright” Divine Condition Itself.

2. WHATEVER IS NOT USED BECOMES OBSELETE. The other side of the first esoteric law is that whatever you do not put your attention on tends to fall away. By doing this practice of turning to Avatar Adi Da, you relinquish self-oriented and loveless habit-patterns of thought, feeling, and action. Thus, these ego-patterns gradually become obsolete, and you are more and more awakened to the constant process of heart-Communion with Him.

How does practice of devotion actually occur? Avatar Adi Da has explained that the human being can be precisely defined as consisting of four dimensions of existence, which He calls the “four principal faculties”. These are:

Altogether, then, the practice of the Way of Adidam can be described as the persistent turning of all four of the principal faculties to Avatar Adi Da Samraj, as one’s Beloved Divine Heart-Master. This turning is the means by which the ego is surrendered, forgotten, and transcended. It is an inherently effortless practice, because the faculties are naturally drawn to Adi Da by means of His Spiritual Attractiveness.

AVATAR ADI DA SAMRAJ: “Instead of wandering in the maze of thoughts, give Me the faculty of mind—which is epitomized by, and as, attention (itself).

Instead of being tossed about by the waves of emotions, give Me the faculty of emotion—which is epitomized by, and as, feeling (itself).

Instead of seeking bodily pleasure and avoiding bodily pain, turn the body toward Me, and (altogether) give Me the body—through full feeling-intention, enacted through constant devotional service to Me.

The faculties of mind (or attention), emotion (or feeling), and body are connected to one another via the breath—and, thus, the gesture of surrender to Me must also be done via the breath.

Therefore, altogether, in the right and true practice...mind (or attention), emotion (or feeling), and body are given over to Me, and breathed in heart-Communion with Me.”
[Da Love-Ananda Gita]​ 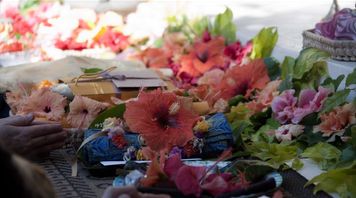 Devotional turning to Adi Da Samraj is summarized in His Admonition, “Invoke Me, Feel Me, Breathe Me, Serve Me.” Right and true practice of devotional turning to Adi Da Samraj is relinquishment of ego at the root. It is not a form of self-effort or self-manipulation. It is not about intentionally changing the sensations in your body, or the thoughts in your mind, or emotional feelings, or patterns of breathing. Even the smallest gesture of real heart-turning has profound effects, because every act of such turning loosens the grip of ego, the act of presuming separation. Without that turning, the presumption of separateness is constantly active at every level of the being. It is the Divine Blessing, the Transmission of the “Bright”—Granted by the Divine Avatar, Adi Da Samraj—that releases the knot at the heart and illumines the being.

It does not matter how you are feeling at any given moment—what intense emotions, wandering thoughts, or bodily discomfort is being experienced. The practice is to give attention to Avatar Adi Da Samraj and not to struggle with anything that is arising in the body-mind. The liberating truth of devotional turning to Adi Da Samraj is that it is not governed by your experience. It can be practiced in any circumstance, in the “worst” as well as the “best” moments of your life.

To persist in that turning means that you cannot avoid anything. All contents of mind and emotion, the knots in the body, and the obstructions in the breath stand out more than ever, as the process of purification takes place. They will also be released by the Grace of the Divine Heart-Master, Adi Da. The practice is simply to feel toward Him, to allow His “Brightness” to Attract you. In that surrender, a door is opened to His Spiritual Blessing. The Divine Avatar Works in the body-mind of His devotee, releasing its psycho-physical knots and establishing a profound equanimity in the being.

Real devotion to Avatar Adi Da is free of any egoic strategy or search. It is love-surrender, made from the heart’s own depth—an impulse born of a deep and passionate longing to Realize Him. It is the recognition of Him as one’s only true Refuge and Happiness in the midst of all the changes of experience. This is the First Fundamental of the Way of Adidam.