In February 1939, about six months before the outbreak of World War II, Upasani Baba received an important visitor to his ashram. He was the Shankaracharya of Jyotir Math. The Shankaracharya was expressing his dismay at the chaotic state of religion in India and in the world altogether. He saw only one solution to this sorry state of affairs—a great Divine intervention, in the form of an Avatar. Only such an event, he felt, could re-establish true Spiritual life.

According to the account, Upasani Baba listened sympathetically. He was a man of few words and unpredictable ways. Suddenly, he burst out with a completely unexpected utterance. Such an Incarnation, he

​While Appearing through this Act of Descent, Avatar Adi Da Samraj has also embraced human existence without reserve in order to enable everyone, one by one, to “wake up” from the “dream” of presumed-to-be-mortal existence. He is here to Awaken all to the Condition that is truly Real and Free—the Condition that exists now and forever, beyond death, beyond all religious myths, and beyond any gesture of mind.

How was it possible for the Eternal Divine Being to enter into human manifestation as the Ruchira Avatar, Adi Da Samraj? By what Mysterious Process did His human birth occur? From the moment of His Birth (in New York, on November 3, 1939), Avatar Adi Da Samraj was Consciously Aware of His Divinely Free and Radiant Condition of Unlimited Happiness and Love. As soon as He became able to use language, He gave this Condition a simple but very expressive name—“the ‘Bright’”. From His early years, the “Bright” pressed Itself into His infant body in waves of Force Descending from infinitely above His head. This intense Spiritual Force would engorge His throat with a gagging sensation. It felt, as He said, “like a gigantic mass of Thumbs.” Fevers and delirium would sometimes accompany the onset of the “Thumbs” as His young body struggled to adapt to the overwhelming Infusion of the “Bright”. It was a Divine Yogic Event and utter Sacrifice—the “Bright” Combining with the mechanism of a mortal human being.

Throughout His Life, Avatar Adi Da has passed through extreme Yogic Events that have restructured His human mechanism and allowed His Spiritual Transmission to magnify. These Events are part of the uniqueness of the Divine Avatar’s Revelation and they have profound significance for all human beings.

Avatar Adi Da Samraj was born in New York In 1939. His Appearance at that moment in human history—the beginning of World War II—was not arbitrary. Avatar Adi Da’s human Appearance here required vast preparation that has come to fruition in this time of humanity’s extreme need—a time when the globe is on fire with strife and suffering and its very existence is threatened by ecological destruction and the modern weapons of war. In fact, the Divine Being and Reality, Descended to here in the form of the Ruchira Avatar, Adi Da Samraj, is Responding to eons of human prayers, as to an immense magnet. He is here to transform humankind, and more than humankind. He is here to Illumine even all of manifest existence. This is what He has been doing since His birth--for His human birth was more than His association with a human body. His birth on earth was the initiation of an infinite and ongoing process. That process can be described as His “Emergence”, as a tangible, identifiable Presence in the heart of all that exists.

While there have been many saints and sages in human history, the ancient traditions of humankind foretell a final Revelation, a God-Man promised for the “late-time” who will perfectly fulfill the deepest longings of the human heart. Adidam is established on the recognition that, by a Unique and Mysterious Process, this all-surpassing Event has occurred. Ruchira Avatar Adi Da Samraj is the Divine Being of Grace and Truth Who authenticates the ancient intuitions and is the answer to the heart-prayers of all beings.

How did this come to be? There is a supreme Process entirely different from the demonstrations of great Spiritual beings who have, by heroic effort, Realized our higher human potential. That Process is the Act of Divine Descent—Real God, or Truth, or Reality, Manifesting in human form. This is the real meaning of "Avatar"— One “Crossed Down” to this world from Above the mortal realms with the sole purpose of compassionately Helping others to find Truth, Happiness, and Divine Realization.

“Whenever there is a decline of righteousness and rise of unrighteousness, O Bharata (Arjuna), then I . . . incarnate myself”         —Bhagavad Gita (4:7) 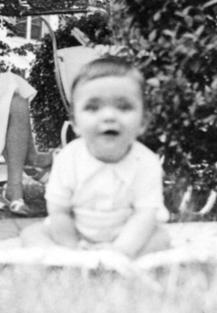 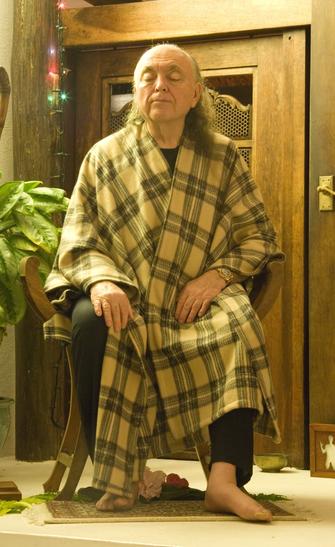 said, would soon be born in a Western country. “He will be all-powerful,” Upasani Baba declared, “and bear down everything before him. And he will see to it that Vedic Dharma is firmly reestablished in India.”

To prophesy the coming of an Avatar was extraordinary enough. To foresee That One as a Westerner was iconoclastic. Upasani Baba was foretelling a World-Teacher, One capable of Mastering both East and West. The notion that such a One would be a Westerner was, from the traditional Hindu point of view, incompre-hensible. Nevertheless, around the time of this prophecy, Avatar Adi Da’s physical vehicle was conceived on Long Island, New York, by his parents Frank and Dorothy Jones.​​ 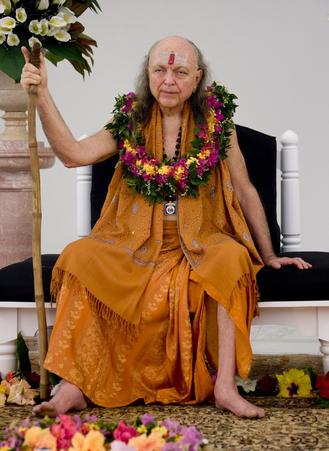