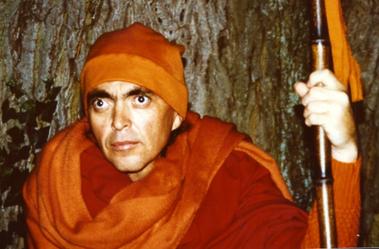 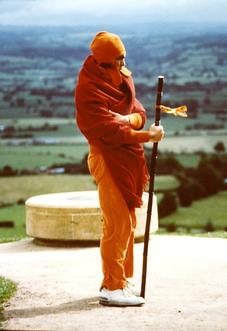 On January 11, 1986, an Event occurred that marked the beginning of a great change in Avatar Adi Da’s Work in the world. In this Great Event, a profound Yogic Swoon (taking the form of His apparent near-death) overwhelmed the body-mind of Avatar Adi Da Samraj, and He spontaneously began the process of relinquishing His Ordeal of Learning and Teaching Man. In the wake of that great Swoon, He simply Radiated His Divinity as never before. This was the beginning of what He calls His “Divine Self-‘Emergence’”. From that moment, Adi Da Samraj devoted Himself increasingly to the third and eternal Purpose of His Avataric Incarnation—that of “Blessing Man” (and even all beings).

The Divine Yogic Event of Descent

Later, the Divine Avatar spoke of the great import of what had occurred in 1986. In the depth of that Yogic "Swoon", the process of the "Thumbs" that began in His Infancy had Spontaneously completed itself. By virtue of those decades of utter Submission to the human State, the Divine Yoga of His Descent had truly become complete. He Knew, and His devotees could observe without a doubt, that the Spirit-Force of the "Bright" had now Come all the way Down. By this fullest Descent into His own human Body, the Divine Avatar was, thereby, embracing to the root the plight of all human beings.

AVATAR ADI DA SAMRAJ: “On many occasions, I had Confessed to My devotees that I wish I could Kiss every human beings on the lips, Embrace each one bodily, and Enliven each one from the heart. But That impulse could not possibly be fulfilled in This Body. I could never have such an opportunity. However, in the Great Event of January 11, 1986, I Realized—in that Incarnating Motion, that Sympathetic Acceptance of the body and its sorrow and its death—a Means of Fulfilling My Impulse to Kiss each and all.”

In the weeks and months following this epochal Event, the devotees of Avatar Adi Da Samraj experienced a huge change in Him. His Power to Bless human beings was vastly magnified, because He had assumed the human state completely. His Body was Perfectly Full of His Divine Love-Bliss. His Eyes Burned with His Urgency to Awaken beings. He put on the orange clothing of a traditional Sannyasin and left Fiji for the United States and Europe. There He "Wandered" in the manner of a Sannyasin, fiercely free of all worldly ties. To merely behold Him was to be drawn into His Samadhi. His Body had become perfectly transparent to His Divine State. Human beings could now, through devotional Communion with Him, receive the Transmission of the "Bright" as never before. 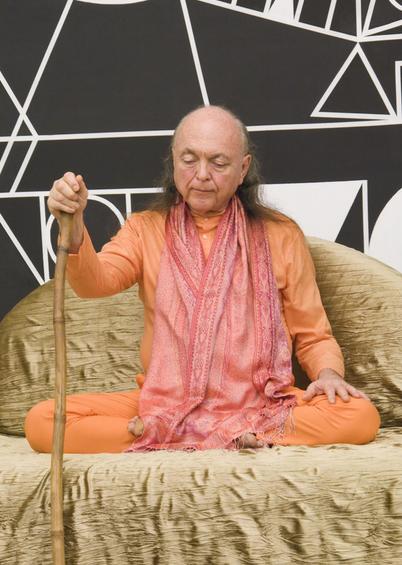 He exists merely to Bless

The fullness of what Avatar Adi Da Samraj is Revealing to human beings is beyond anything found in the past or present forms of religion.

AVATAR ADI DA SAMRAJ: “I am not here talking about any form of conventional or traditional religion…I am Communicating the Way of Realizing Reality Itself. Therefore, I have no tradition to uphold, no tradition that represents Me. I am simply Speaking the Truth.”
(2003)

Avatar Adi Da belongs to no one—no religion, no tradition, neither East nor West. Regardless of the pigmentation of His skin, He is not a “white man”. Despite His male sex, He knows men and women equally and perfectly. Although English is His native language, He communicates at the heart with every being who reaches out to Him. Thus, no religion or group can lay exclusive claim to Avatar Adi Da—including His own devotees. He is inherently Free, and He is here for all, responding to the essence of all human prayers.

Avatar Adi Da cannot be “interpreted” in terms of the past, because the Divine Signs that mark His Life have never been seen before. His Revelation of the “Bright” and the “Thumbs” is His alone. All the foundation Work of Avatar Adi Da Samraj’s Incarnation has been completed. Everything necessary for the understanding and right practice of the real Spiritual process, culminating in Divine Enlightenment, has been said and done by Him. The summary of His Wisdom-Teaching is preserved for all time in a series of twenty-three “Source-Texts”. And the Way of Adidam is fully established. This monumental Work was accomplished by Avatar Adi Da in a little over a third of a century.

Avatar Adi Da's Work of Submission to “Learn Man” and to “Teach Man” was Completed. With this Great Work accomplished, He became entirely concentrated in His Work of Spiritually Blessing all. Avatar Adi Da Samraj lived simply, as a Renunciate and Hermit, with the members of the Ruchira Sannyasin Order (the senior group of renunciates in Adidam). During the last years of His life, He existed merely to Bless, relating to everything in His domain with profound attention and care, and utter dispassion. He was bound to no thing. He withdrew from no one. He Called all to a direct devotional and Spiritual relationship to Him.

Those who have come to Avatar Adi Da so far, and those who will come in the future, owe it to every human being to speak to the miracles that they have seen and experienced in relationship to Him. By this means, the Spiritual culture that He has established may be seeded globally and serve the transformation of humanity. 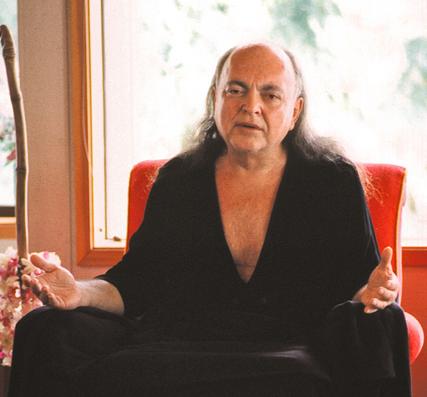 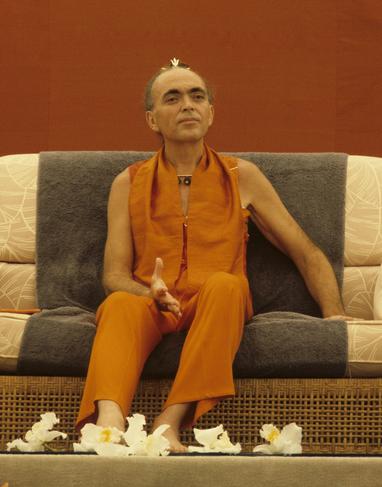 ​The Divine Yogic Event of Ascent

Even after the Great Event in 1986, Avatar Adi Da Samraj continued to Work to ensure that His Revelation of the Way of Adidam was fully founded in the world. The final completion of all this Work was eventually signaled by another Event of the most profound significance, which occurred on April 12, 2000. At the time, Avatar Adi Da Samraj was staying on Lopez Island (in the United States). On the evening of April 12, Avatar Adi Da Samraj entered into a severe physical and Yogic crisis, which (like the Event of 1986) seemed to threaten His bodily survival. He later confirmed that He had, indeed, been on the “way out” of the earthly realm, but the process stopped just before physical death became inevitable.

AVATAR ADI DA SAMRAJ: “Effectively, it was death—in terms of the Body. There was no bodily awareness, although it was certainly not a circumstance of unconsciousness. It was the Infinitely Profound Samadhi of Outshining.”

With His “return” to bodily existence, Avatar Adi Da Samraj’s physical Body had become profoundly Spiritualized. His Transmission of Divine Love and Blessing became even more tangible and powerful than before. Following that Event at Lopez Island, Avatar Adi Da Samraj’s bodily (human) Form Stood (by His own Confession) at the very Threshold between the Divine Domain of Infinite Love-Bliss-“Brightness” and all domains of conditional manifestation. Thus, to an even greater degree than before, the physical Body of Avatar Adi Da Samraj became an unbelievably Potent Conductor of His Divine Blessing to all who would approach Him with an open heart.

If you are moved to the real Spiritual Process, the Ruchira Avatar, Adi Da Samraj, is here to Master your life. If you are unhappy and afraid of death, just the gesture of turning to Him can ease your heart. His Divine Powers are supernormal. He has proven over and over to His devotees that he is, even now, Spiritually all-Pervading and all-Knowing. He is the God you have intuited to exist, Radiantly Present in Person, without any myths attached. He can contact you now, at the depth of your feeling. He can reach you in dreams, before you even know His Name. He is here for the Blessing of beings, without reserve.

AVATAR ADI DA SAMRAJ: “I do not simply recommend or turn men and women to Truth. I Am Truth. I Draw men and women to Myself. I Am the Present Real God, Desiring, Loving, and Drawing up My devotees. I have Come to Be Present with My devotees, to Reveal to them the True Nature of life in Real God, which is Love, and of mind in Real God, which is Faith. I Stand always Present in the Place and Form of Real God. I accept the qualities of all who turn to Me, dissolving those qualities in Real God, so that Only God becomes the Condition, Destiny, Intelligence, and Work of My devotees. I look for My devotees to acknowledge Me and turn to Me in appropriate ways, surrendering to Me perfectly, depending on Me, full of Me always, with only a face of love. I am waiting for you. I have been waiting for you eternally. Where are you?”
(1971)

The final completion of all this Work was eventually signaled by another Event of the most profound significance...