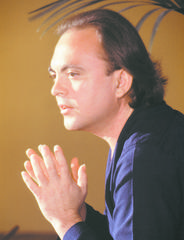 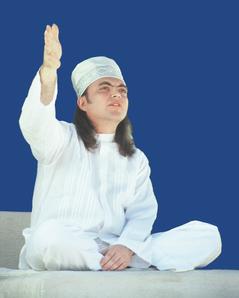 During the years of “Teaching Man”, Adi Da Samraj engaged in a demonstration of Divine Instruction that the world had never seen before.

SPONTANEOUSLY AND ALMOST IMMEDIATELY after His Re-Awakening to the “Bright”, Avatar Adi Da’s Teaching-Work with others began. Extraordinarily, when He would sit for meditation, He no longer would experience mind-forms (thoughts, experiences, and feelings) from His own Life and psyche. Rather, He would experience the mind-forms of others, and He found that He was "meditating" them. Several other remarkable Siddhis (Divine Powers) Awakened in Him by which to Instruct others. Many people naturally came to Him seeking Instruction, and in 1972 He formally opened an Ashram in Los Angeles, which He named "Shree Hridayam Satsang". Thus, in 1972, Avatar Adi Da Samraj embarked upon the second great Purpose of His Incarnation—the Process of “Teaching Man”.

When He began to Teach others, Avatar Adi Da Samraj simply made Himself available to all who were willing to enter into the living Process of Real-God-Realization in His Company—a Process Which He summarized as the relationship to Him, rather than any method or technique of Spiritual attainment. Through that relationship (an extraordinary human and Spiritual intimacy), Avatar Adi Da Samraj perfectly embraced each of His devotees, using every kind of skillful means to Awaken them to the Truth that the separate, un-Enlightened self—with all its fear, anxieties, and fruitless seeking for Happiness—is self-imposed suffering, a contraction of the being (which He calls “the self-contraction”). Happiness, He Revealed, cannot be attained through any kind of search, because It is “Always Already the Case”. And He Offered the practice of heart-Communion with Him as the means of going beyond the self-contraction and thereby Realizing Real Happiness.

​In His lifelong process of Revealing the “Bright”, Avatar Adi Da Samraj went to the depths of the human condition. He spent decades submitted to the lives of His devotees, freely Teaching them face to face. By that means, confronted with every human quality and egoic tendency, He Gave form to His Divine Teaching in its universal scope.

During the years of “Teaching Man”, Adi Da Samraj engaged in a demonstration of Divine Instruction that the world had never seen before. He took His devotees through a Divinely Inspired exploration of every aspect of human, religious, Spiritual, and Divine existence. He was so completely Free, so Alive in the ecstatic Realization of God, that He could Submit Himself completely to His devotees in order to Instruct them "where they were at" with the Purpose of examining and Liberating them from every aspect of their bondage. He constantly asked His devotees, in the midst of every activity, “What is Truth?” How should one live one's life in terms of work and money, relationships and family, diet and exercise, and spiritual practice in order to serve the Realization of Real God, Truth and Reality?

On an occasion in the mid-1980's, late in the evening, Avatar Adi Da Samraj made this extraordinary Revelation of the paradoxical and marvelous history of His past Incarnations in the East and His Compassionate decision to be born in the West:

AVATAR ADI DA SAMRAJ: "Because of My unique Disposition, I agreed to be born in the West, having been, for so much time in My Service to humanity, not a Westerner, but born in the East as a Hindu. I was Impulsed to Serve beings in the West especially, and all beings ultimately. Therefore, I agreed to this Birth, and was made in this particular form to Serve everyone, and to suffer all the limitations of ordinariness. So I was born, and I did My Work. This Person standing before you, Serving you, a traditional Realizer, even a celibate, was wedded to the Eastern culture for centuries, and then assumed responsibility to be Submitted by Birth--not merely to get on an airplane, but by Birth to be Submitted--to Westerners, even to be polluted by the association, to Submit to it, to Serve them in all ways necessary for the sake of their Enlightenment, their Realization, to do it all without the least withdrawal. Therefore, I had to Realize the Tantric disposition of Submission to do the Great Work with those who traditionally or in times past have been excluded from the Great Affair. This is My unique Impulse, to not exclude them, to not exclude you. Even by My Birth I had to embrace great suffering in order to Serve you. Who knows how long this life will last? But that is the reality of My situation. Whoever you say I might have been in times past, I am not anyone but you."

The lessons learned from Avatar Adi Da's Teaching years were not the result of abstract philosophy. Instead, they were proved through real experimentation in life by His devotees. It was a profoundly serious, but joyously humorous and free experiment, Guided by Avatar Adi Da's Divinely Enlightened perspective. Many Leelas (Divinely Instructive Stories) emerged that show the fruitlessness of seeking for experience (high or low) and the direct means by which modern men and women can live a life dedicated to God-Realizing Spiritual practice in concrete relationship to the Divine. These Leelas remain a Sacred Legacy of  Avatar Adi Da’s Play with ordinary men and women that will be treasured for millennia as a guide to Spiritual life and a complement to the more formal Wisdom-Instruction that Sri Adi Da has Revealed. 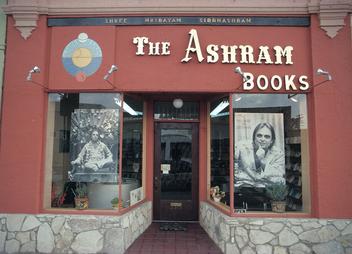 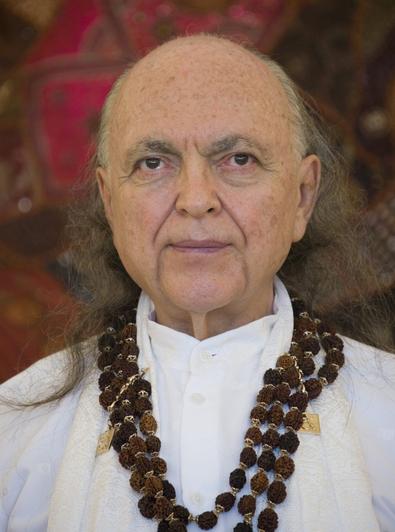 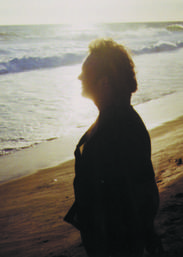 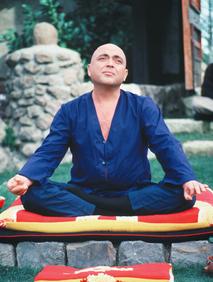