​All the objects and people in the room were clearly this same Energy. This was remarkable, but there was nothing “strange” about the experience. Rather, the feeling of the experience was one of absolute Happiness.

There is no way for me to describe, in these few words, how Happy this heart-Communion with Beloved Adi Da is. Everyone has the urge to know that the Divine Exists, beyond any doubt in body, mind, or heart. Beloved Adi Da has relieved me of any and all doubts about the Divine.

The Spiritual relationship to Him, which He Offers to everyone who is moved to become His formal devotee, is the most profound Love I have ever known. It is Love to the degree of Total Bliss.

Love-Blissful, Conscious, breathable                                            Light. I felt myself go through a                                                     kind of “door”.  On the “other side”, there was the most extraordinary perception of my Beloved Guru that I had ever experienced. It was primarily a feeling-recognition of Him, a swoon of love in which He was simply Energy and Light and Divine Love-Bliss. He Radiated a visible, even tangible, Light that was so attractive that I felt my entire being captured and attracted by Him. There was no longer the sense of being a separate self—just the profound peace of realizing that there is nothing to seek, nowhere to go, nothing to attain. This was Reality itself, and it was not separate from “me”. I had no sense of my usual persona or contracted self. It was sort of like waiting all your life for a package to arrive, and then when it comes you aren’t there—but you are so happy that you don’t mind

It is Love to the degree 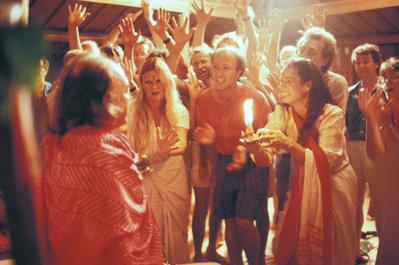 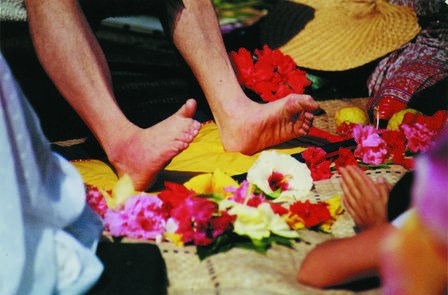