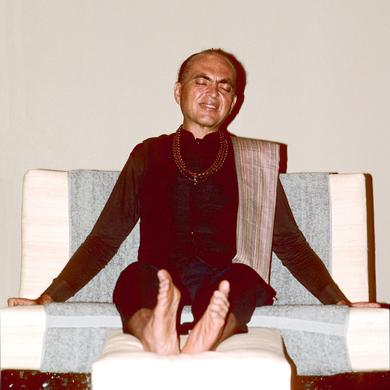 ​I had never had a Spiritual experience in my life, never seen anything except the ordinary material reality. But the minute He sat down, His eyes held me and His face began to "melt". Another Reality was unveiled. Apparitions of Spiritual Masters of different times and places flowed over His features. I had no idea who these beings were, but I could see their distinct qualities—Chinese, Tibetan, Indian.

Eventually, the faces passed, and there was just His face. No more apparitions. But then I became aware that His whole body was a locus of Light. There was a Radiance around Him—but it wasn't just an aura. His body was dissolving in the Light. The Light seemed to be the source of His body, not an emanation of the body.  I blinked numerous times, but the process continued. It wasn't something happening inside me, a kind of mystical experience within, or a meditative vision. This event was happening right there in the room. The Light filled the room, and the shape of Avatar Adi Da's body disappeared and reappeared in the brilliant golden and white Light. The Light was not like ordinary light —electric light or daylight. It was infinitely more refined, and it seemed alive. It was Bliss, Radiant Feeling—heart-Feeling to infinity. The room was full and deep and bright, an unbounded space of Joy. And everything in the room had a fluid quality, not solid at all. I lost my sense of being located at a particular point in space, and I seemed to be viewing Him and everything else from different places in the room.

I was "gone" in amazement, and my heart was on fire. I was undone with a force of recognition. My heart said, "You are God"—the Divine Light in human form. And I loved Him—I felt that I had always loved Him, had always known Him, and yet not until now. I wept with an aching ecstasy in every cell of my being. And that was the real beginning of my

relationship to Him as His devotee.

“There was a Radiance around Him—but it wasn’t just an aura. His body was dissolving in the Light. The Light seemed to be the source of His body. . . .”

The next day, Avatar Adi Da sat in Darshan again. This time, there was no noticeable magnification of Light but just the vision of His Form, as tender and exposed as that of a baby lying in its crib. I was shocked at His vulnerability. I could not comprehend the paradox. The previous day, I had seen His body as an appearance coalescing into Form out of pure Light. And now He was almost painfully present as a totally vulnerable human body, simply Radiating Love.

I felt unable, in that moment, to receive that intensity of Love—and immediately my life flashed before me, as people say happens at the moment of death. I saw everything unloving about my life from my earliest memories to that moment. I saw what I had done in all my relationships—with friends, family, lovers—that was all about my own satisfaction, my own agendas, the competitiveness, the anger, the heartlessness, the failure to be sensitive to anyone except myself. The intensity of this reflection grew and grew, until I felt I would explode. I wanted to run from the room.

Then I looked at Avatar Adi Da. His eyes were half-closed in Bliss, and it was obvious to me that He "knew" everything about me. And He did not care how it looked. He was there to Draw me beyond all of it. I knew that some profound, pre-verbal longing in my being had been boundlessly answered and satisfied—and that the rest of my life would be devoted to the Revelation that had just been given to me. It was the undoubted Revelation of God, yes—but not the "Creator-God" of my childhood religion. The "God" that had been shown to me on these occasions was not apart, not separate, not a great "Parent". That One was simply Light, the inseparable Source and Substance of everything. He was Bliss, Love, and Joy—humanly Present and yet Radiating from Infinity. 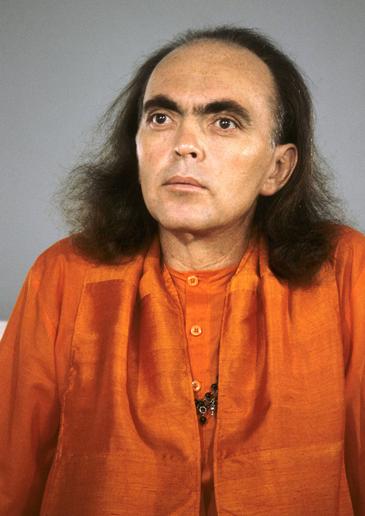 Dr. Carolyn Lee graduated in 1970 from Sydney University with a Bachelor of Arts (first class honours and the university medal in Music). After being awarded the Sydney Moss Travelling Scholarship, she undertook graduate studies at London University in musicology,

focusing in medieval and Renaissance music. Carolyn was awarded her Ph.D. for a dissertation on secular polyphonic music in Spain 1450-1530. She was subsequently appointed St Leonard's Research Fellow at the University of St. Andrews, Scotland, and senior lecturer in Music in the National University of Ireland (University College, Cork). She has been a devotee of Avatar Adi Da Samraj since 1985. In 1994, she took up residence on the island of Naitauba, Fiji, the principal hermitage of Adi Da Samraj, where she lived in the immediate circle around Adi Da Samraj for many years. Since then she has been serving the publication of His teaching and chronicling His life and work.

CAROLYN: The time was 1986, and the place was Maria Hoop, a village in southern Holland. I was in my late thirties. I had an academic career. From my childhood, I had traveled widely and I was familiar with the highest intellectual and artistic achievements of Western civilization. But I was quite unprepared for the power of what now occurred.

​I was seated in the chapel of a former monastery with about one hundred other people, waiting for Avatar Adi Da to come into the room and take His seat in front of us. He was offering Darshan—a traditional word for the sighting of a Spiritually Awakened being. I had no experience of Darshan, or any real sense of what to expect. I was there because I had already read some books by Avatar Adi Da, and His Teaching had moved me to want to see Him in person.

Before Avatar Adi Da came in, we waited a long time— hours of devotional chanting and listening to recitations from His Teaching. This is how such great beings have been honored by their followers for centuries. But I had no real framework for that tradition of devotion to the Spiritual Master—except as it was reflected in Christianity, where the Master had been alive two thousand years ago. And so it felt somewhat strange to me.

When Avatar Adi Da entered the room, the whole room changed. He was of another Place, not of this place. At the same time, He seemed extremely human, and almost frail. He was dressed very simply in indigo, with His hair down to His shoulders.

“I felt unable, in that moment, to receive that intensity of Love—and immediately my life flashed before me, as people say happens at the moment of death.”

The Light seemed to be

the source of His body