“The self-contraction is the ‘why’ you feel bad. It is the bad feeling. And you are doing it.”

This basic principle of seeking underlies all egoic activity—not only activities of an obviously negative kind (such as becoming addicted to alcohol or drugs in the attempt to feel pleasurable intoxication, or seeking revenge when one feels angry), but also the higher human pursuits (scientific research, artistic creativity, philosophy, religious and Spiritual practice, and so on). Indeed, all of human life is based on this principle—except in those moments when the ego is spontaneously transcended in some manner.

Such was the extremely sobering conclusion of Avatar Adi Da’s investigation into the fundamental problems of life. However, this conclusion is actually good news: If the self-contraction is something we are doing—rather than something we are—then there is the possibility that we can stop doing it.

Avatar Adi Da discovered the unique means for going beyond the compulsive commitment to the search—not as a matter of philosophy, but as a matter of living experience. He called this unique means “‘radical’ self-understanding”, and it is absolutely core to Avatar Adi Da’s Teachings and the Way of Adidam. “Radical” self-understanding is the process of:

1. Observing that one is enacting the self-contraction
2. Understanding it as one’s own activity
3. And thus, transcending that self-contracting activity

You have all kinds of techniques in your life that sometimes produce a little bit of good feeling—and after a while, you basically conclude, ‘Well, that is all there is—just here and there feeling a little better.’ So you make a total life out of it—because you never deal with the self-contraction itself, the illusion it produces. You never deal with your divorce from Reality. You never Realize the Inherent (or Native) Condition of Perfect Non-separateness.”
[Da Love-Ananda Gita]

For the devotee engaged in the esoteric Spiritual process, it is the devotional relationship to the Guru that makes real Spiritual growth possible. The esoteric Spiritual process also requires the practice of various disciplines, forms of meditation, and so on—but no regime of disciplines and techniques is sufficient to lead to Realization. The ego will inevitably use any and every discipline and technique as a means of reinforcing its own entrenched position—even in the midst of the most apparently sincere efforts to surrender egoity. No matter how well equipped with disciplines and techniques, the ego, on its own cannot Realize the Truth. Only the Guru can Grant Realization, as a Gift of Grace.

Why Do We Suffer?

AVATAR ADI DA SAMRAJ: “There is a disturbance, a feeling of

dissatisfaction, some sensation that motivates a person to go to a teacher, read a book about philosophy, believe something, or do some conventional form of Yoga. What people ordinarily think of as Spirituality or religion is a search to get free of that sensation, that suffering that is motivating them. All the usual paths — Yogic methods, beliefs, religion, and so on — are forms of seeking, grown out of this sensation, this subtle suffering. Ultimately, all the usual paths are attempting to get free of that sensation. That is the traditional goal. Indeed, all human beings are seeking, whether or not they are very sophisticated about it, or using very specific methods of Yoga, philosophy, religion, and so on.” 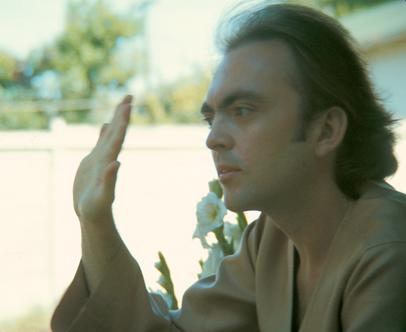 ​During the course of His sadhana (His time of “Learning Man”), Avatar Adi Da was involved in an intense investigation of life, including the whole matter of why human beings suffer. While in college, He discovered the single motivating logic apparent at the root of every action and presumption in life—a logic exemplified by the archetypal self-lover, Narcissus.

AVATAR ADI DA SAMRAJ: “The more I contemplated him, the more profoundly I understood him. I observed, in awe, the primitive control that this self-concept and logic exercised over all my behavior and experience. I began to see that same logic operative in all other human beings, and in every living thing—even in the very life of the cells, and in the natural energies that surround every living entity or process. It was the logic (or process) of separation itself, of enclosure and immunity. It manifested as fear and identity, memory and experience. It informed every function of the living being, every experience, every act, every event. It “created” every “mystery”. It was the structure of every imbecile link in the history of human suffering.

He is the ancient one visible in the Greek myth, who was the universally adored child of the gods, who rejected the loved-one and every form of love and relationship, and who was finally condemned to the contemplation of his own image—until, as a result of his own act and obstinacy, he suffered the fate of eternal separateness and died in infinite solitude…

The ordinary state of human existence—although it is usually kept intact and relatively calmed by the politics of society—is founded in the madness of a prior logic, a schism in reality that promotes the entire suffering adventure of human lives in endless and cosmic obstacles. I have known since I was a boy that this round of conflict, of contradiction and unconsciousness, was neither natural nor ultimately Real.”

Avatar Adi Da discovered that it was the constant act and presumption of separation that was preventing the Realization of Truth. That separation was symbolized by the total (and totally self-absorbed) dissociation of Narcissus from all others. He had uncovered the single logic of egoic life: The logic (or process) of separation, of enclosure and immunity, itself informs every function of the living being, every experience, every act, every event.

The presumption that “I am separate (or distinct) from everyone and everything else” is so fundamental to ego-consciousness that it is difficult to imagine how it could be otherwise. From the point of view of ordinary “common sense”, it seems undeniable that the human being exists as an individuated (and therefore separate) physical-emotional-mental organism. But Avatar Adi Da had discovered that this apparent reality is simply something we are compulsively doing. Separation is not at all an irreducible fact—rather, it is our constant activity. He came to call that basic ego-activity “self-contraction”.

AVATAR ADI DA SAMRAJ: “All seeking is based on a fault—which is self-contraction (or egoity) itself. That is what must be transcended—the ego, or the act of self-contraction. The ego is not merely an entity—a “flame” in space, a separate anything. The ego is an act, an utterly false act—one that is not commonly inspected, and not commonly transcended. It is an act that is not even noticed, and not understood. Rather, it is merely dramatized. And all doings, all paths, all traditions are founded on it.”​