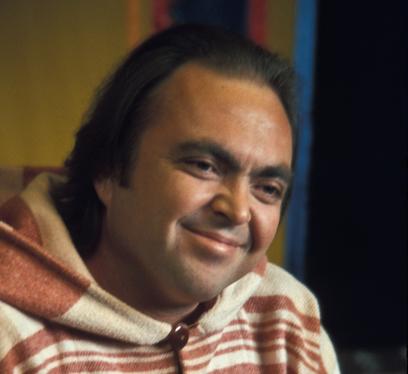 seem to be. By retaining all qualities in their company, I gradually wean them of all reactions, all sympathies, all alternatives, fixed assumptions, false teachings, dualities, searches, and dilemma. This is My Way of Working for a time. . . .

Freedom is the only Purity. There is no Teaching but Consciousness Itself. My Appearance here is not other than the possibilities of mankind.”
[1975]

One day in 1975, at the Mountain Of Attention, James Steinberg, the devotee responsible for relations with other Ashrams and Gurus, brought to Avatar Adi Da a significant letter. It was from Swami Chinmayananda, an Indian Yogi then visiting San Francisco. Swami Chinmayananda was a well-known and respected figure in Spiritual circles—he was a commentator on Vedanta and had written many books. In his letter, the swami spoke of his concern at the Divine Avatar's manner of Teaching—a participatory approach to Spiritual Instruction that was entirely foreign to his own orthodox views.

As Avatar Adi Da read the letter, James could feel that He was fully receiving this traditional swami's expression of perplexity. The next morning, Avatar Adi Da Wrote an Essay clarifying the nature of His Teaching-Work—an Essay which was a response to Swami Chinmayananda and also a communication to everyone.​

What I Speak is not a reflection of Me, but of you.

People do well to be offended or even outraged by My actions and behavior. This is My purpose. But their reaction must turn upon themselves, for I have not Shown them Myself by all of this. All that I Do and Speak only reveals people to themselves.

Why Did Adi Da Teach in an Uncommon Manner?