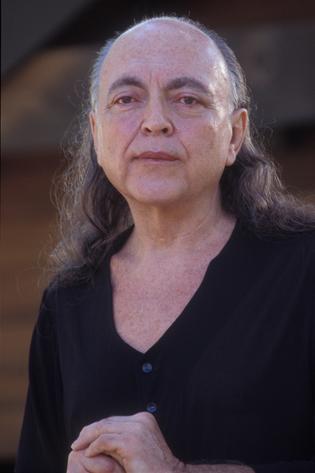 What is required of you is this sacrifice of separate and separative self—and such self-sacrifice only becomes possible through the Influence of My Perfect Siddhi of Divine Liberation. . . .

There is Not Anything to Be Attained

What is required of you is this sacrifice of separate and separative self—and such self-sacrifice only becomes possible through the Influence of My Perfect Siddhi of Divine Liberation. . . .

It is real sacrifice—not a sacrifice in the traditional sense of some gloomy self-abnegation and emptying. It is the sacrifice which is itself based on True Humor and expressive of overwhelming love of Me, in which there is not anything whatsoever to be attained.

There is not a single thing to be attained.

[excerpted from He-and-She Is Me]

AVATAR ADI DA SAMRAJ: Every time I met Rudi, He would hand Me a bag of garbage. I cannot remember a time when I went to see Rudi when He did not hand Me a bag of garbage. It was always the first thing He would do. Then I would go and throw the garbage away, and I would come back, and We would sit together for a little bit, or I would do some work. Sooner or later, He would give Me some more garbage. It is really very simple. You just throw it away. . . .

You are looking at a lot of garbage and thinking that it "Is" the Divine! One of My Functions is to "package" the garbage. I have spent a lot of My time packaging your garbage, trying to get you to notice that it is garbage. You will throw it away as soon as you notice this. You cannot surrender something that you do not see to be garbage. You compulsively hold on to it. So you must notice that it is garbage.​

​But I will Tell you right now—it is all garbage! Everything I Give you in the realms of experience is, ultimately, garbage—and I expect you to throw it away. Nevertheless, you tend to meditate on it—instead of meditating on Me! Every one of these seemingly precious experiences, all of this profound philosophy, is—ultimately—just more of the same stuff. But you have "bought" the conventional religious and Spiritual propaganda—so you think that these experiences and this philosophical "profundity" are the Divine Itself. None of that is the Divine. It is all garbage. . . .

You are expected to throw the garbage away under the most extraordinary conditions—conditions in which you would, ordinarily, not even consider throwing it away. You are sitting in the precious blissfulness of the spine—why should you throw it away? It is all so delicious. You have been a fool all your life, and now you are a Yogi!—why should you throw that away? No one wants to do that. You do not want to throw it away. You have no True Humor in relation to it. You have no detachment from all this that you have accumulated through vast aeons of existence in conditionally manifested form. You do not want to throw it away. The demand to throw it away seems mad, impossible.