born in Vienna of Jewish parents just as Hitler entered the city in 1938. Her parents fled with her to the United States shortly thereafter. Throughout her life she had been troubled by the appalling human suffering caused by oppression and had been socially active to alleviate such suffering in any way she could.

“Finally I understood something of the profundity of the relationship that my Guru had forged with me, and I knew that this relationship was the real key to healing the human heart.”

​AVATAR ADI DA: When Elizabeth came here, it made Me weep to see her come into My house. All the suffering of the Jews in her face, all over her body. Nobody deserves that. Nobody has ever deserved it. That such a thing should have happened is intolerable. She brought that face to Me,

and now she loves Me, and that is without a doubt. After she left, I went into My room and wept. Tell her that I hold her before Me. I cry for her.

I said to Him, “This is what my parents took me out of Europe for—to find You.”  Then, without a moment’s premeditation I blurted out, “Can I come to You?”

All I can remember is that I suddenly found myself kneeling in front of His feet on the chaise, with my head resting on His knees. I was weeping and then screaming with enormous force, my hands holding on to His Divine legs for strength and reassurance. I could hardly believe my own ears as the screams seemed to fall out of me into the chaise and the ground below, filling the air with the horror that has always resided in me. There was no particular content—just generalized agony over the horrors of the world.

Even as this was happening, I also wondered if I should be doing this and attempted to raise my head. It was then that I noticed Avatar Adi Da Samraj’s hands firmly on my head and His feet holding me at both sides of my rib cage. Reassured, I again allowed the process to unfold. Sometimes the sobs and screams turned to a roaring rage.

I felt a fleeting concern about frightening the young people who were present. But the force of His Love brushed aside all concerns. Behind me I heard devotees weeping and praising Avatar Adi Da as they witnessed this moment of His great Compassion and purifying Work—not only with me, but, I am convinced, with the whole world. After many minutes my sobs and screams subsided and I raised my head as Avatar Adi Da Samraj relaxed His hold on me. I told Him how I had always lived life as a great struggle which I felt was finally over—that from now on I could rest in His Spiritual Embrace. As I expressed my love and praised Him, His lips parted slightly emitting the most exquisite, barely audible sounds of Love and Compassion. He was absolutely present and intimate, Giving me everything, with not a hair of withholding.

During my retreat, my beloved Guru showered me with Love again and again. And He instructed me directly, relieving me of my lifelong addiction to sorrow and fear and my compulsion to “save the world.” 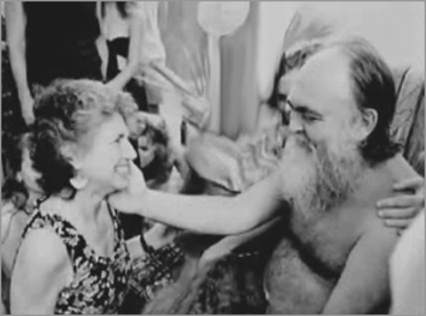 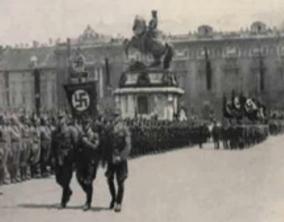 In my pain about

the world, I had not 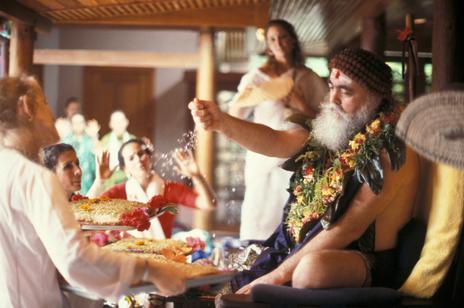 ​One night, we retreatants were invited to one of the gatherings that Avatar Adi Da was having with the Ashram residents. When I approached Him late in the evening, He said directly into my ear, “What is it, My beloved?”  He went on to say something like: “You have taken on the suffering of the world all your life. You must not do that anymore. That is too much for a human being. That is My Work. Only I can do that Work.”  These words burned a path from my ear to my heart.

In that moment, I knew—not only in my head, but bodily—that what He was saying was true. In my pain about the world, I had not taken God into account. I had presumed a world bereft of the Divine and had stressfully assumed the impossible task of righting the ills of the world by myself. I could feel in that moment that this is His Work, and I could sense the enormity of the suffering He takes on for the sake of the world—and His Great Power to do so. From that point on, I knew that I would not cease to work for the well-being of all people, but it would be in the context of devotion and surrender to the One Who really does the changing, in great part through the response of His devotees and of those He "touches" with His great Love, Compassion, and Spirit-Power.

Finally I understood something of the profundity of the relationship that my Guru had forged with me, and I knew that this relationship was the real key to healing the human heart. I saw beyond all doubt that the Guru-devotee relationship is a natural, inherent function of existence, and that having that relationship denied to one (as it is systematically in Western culture) is worse than having the gift of sight or one’s limbs denied. And I saw that a society without the infusion of such Divine "mastery" could never be ultimately made right.