exercised in favor of either the “Upward’ process or the “Inward” process—either the Realization of the Divine as Light Itself or the Realization of the Divine as Consciousness Itself. In the Way of Adidam, both the ultimate “Upward” Realization and the ultimate “Inward” Realization are Freely Give by Avatar Adi Da to the rightly prepared and practicing devotee. No effort—either of ascent or of exclusion—is required. And, in fact, all such effort must be inspected, understood, and transcended.

This unique and unprecedented orientation to the developmental processes of the fifth and sixth stages of life is made possible by the full reception of Avatar Adi Da’s Gift of Divine Spiritual Transmission. When the devotee (in the context of the fourth stage of life in the Way of Adidam) is fully open to Avatar Adi Da’s Spiritual Transmission, His Spiritual Descent of the “Thumbs” takes over the body-mind, showing specific Yogic signs. In this “Samadhi of the ‘Thumbs’”, there is a profound turnabout in one’s awareness of Him. While still always turning to Him devotionally in His bodily (human) Form, one begins to recognize Him, Spiritually, as Consciousness Itself—the Root-Position of existence, Prior to all that is arising in body, mind, and world. This recognition is Spiritually established—and it is the basis for making the transition to the “Perfect Practice”. It is a profound shift, away from identification with the body-mind. From this point on, Avatar Adi Da’s Revelation of His own Condition of Consciousness Itself becomes the Position in which one Stands, and from that Position the sixth stage of life will arise. In the “Perfect Practice”, one is no longer practicing from the point of view of the body-mind and its faculties. Now, devotional turning to Him (or Ruchira Avatara Bhakti Yoga) takes the form of simply “choosing” to Stand in His Position (rather than the ego-position)—inspecting and feeling beyond the root-tendency to contract and create the self-identity called “I”.

The seventh stage of life, of the Realization of Avatar Adi Da’s own “Bright” Divine Self-Condition, transcends the entire course of human potential. In the seventh stage of life, the impulse to Realize the Divine (as Light) by gong ‘Up” and the impulse to Realize the Divine (as Consciousness) by going “Deep” are (by Avatar Adi Da’s Divine Grace) simultaneously fulfilled. In that fulfillment, Avatar Adi Da Samraj Himself is most perfectly Realized. He is Realized as the “Bright”, the Single Divine Unity of Consciousness and Energy—or Conscious Light Itself. This unique Realization, or Divine Enlightenment, wipes away every trace of dissociation from the body-mind and the world. There is no impulse to seek or to avoid any experience. Rather, everything that arises is Divinely Self-Recognized to be merely a modification of the Conscious Light of Reality Itself.

The Way of Adidam is about transcending the entire structure of the human being and of the conditional reality—gross, subtle, and causal.

One of Avatar Adi Da’s unique Gifts to humanity is His precise “mapping” of the potential developmental course of human experience as it unfolds through the gross, subtle, and causal dimensions of the being. He describes this course in terms of six stages of life—which account for, and correspond to, all possible orientations to religion and culture that have arisen in human history. His own Avataric Revelation—the Realization of the “Bright”, Prior to all experience—is the seventh stage of life. Understanding this structure of seven stages illuminates the unique nature of the process of Adidam.

The first three (or foundation) stages of life constitute the ordinary course of human adaptation—characterized (respectively) by bodily, emotional, and mental growth. Each of the first three stages of life takes approximately seven years to be established. Every individual who lives to an adult age inevitably adapts (although, generally speaking, only partially) to the first three stages of life. In the general case, this is where the developmental process stops—at the gross level of adaptation. Religions based fundamentally on beliefs and moral codes (without direct experience of the dimensions beyond the material world) belong to this foundation level of human development.​ 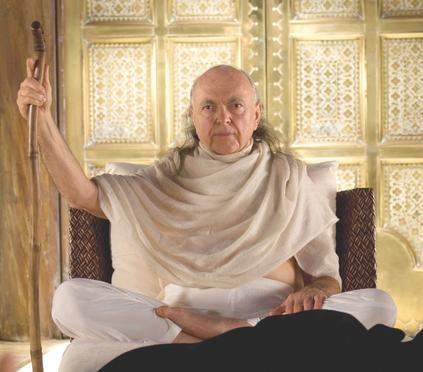 In the Way of Adidam, the process of the first three stages of life is lived on the basis of the devotional heart-impulse that is otherwise characteristic of the fourth stage of life. No matter what the age of the individual who comes to Avatar Adi Da, there will generally be signs of failed adaptation to the first three stages of life. But the practice is not a matter of attempting to overcome such failed adaptation through one’s own (inevitably egoic) effort or struggle. Rather, the practice is to turn the faculties to Avatar Adi Da in devotional surrender. In that manner, the virtue of the fourth stage of life—the devotional heart-impulse to Commune with the Divine—is specifically animated from the beginning, in living response to Avatar Adi Da. Thus, whatever must be done to brighten the first three stages of life occurs in the devotional context of heart-Communion with Him.

Avatar Adi Da has Revealed that the true Spiritual process, beginning in the context of the fourth stage of life, involves two great dimensions—which He calls the “vertical” and the “horizontal”.

The descending aspect of the vertical process characterizes the fourth stage of life, while the ascending aspect characterizes the fifth stage of life. (For more details, please see “The Esoteric Anatomy of the Spiritual Process: ‘Vertical’ and ‘Horizontal’ Dimensions of the Being”.) As it has been known in the history of the Great Tradition, the fifth stage process is the ascent toward absorption into the Divine Matrix of Light Infinitely Above, thereby (ultimately) Realizing the Divine as Light (or Energy) Itself. (Although this Realization is a true “taste” of the Very Divine Condition, It is achieved by means of the conditional effort of ascent—and, therefore, the Realization Itself is also conditional, or non-permanent.) The fifth stage of life is the ultimate process associated with the subtle dimension of existence.

As Avatar Adi Da has pointed out, even though the fifth stage and sixth stage processes are, in fact, stages in the single process that culminates in Divine Enlightenment (or the seventh stage Realization uniquely Given by Him), the typical traditional view has been that the two processes are alternative approaches to Spiritual Realization. Indeed, these approaches (of either going “Up” or going “Deep”) have usually been regarded to be incompatible with each other.

In the Way of Adidam, the “Perfect Practice” (the ultimate stages of practice) encompasses both the vertical process