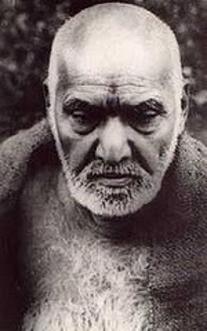 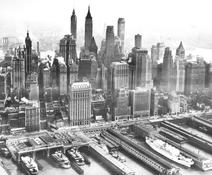 “He will see to it that Vedic Dharma is firmly re-established in India.”

“In February 1939 Shri Shankaracharya of Jyotirmath, Minalaysa, paid a vist to Sakuri. He was greatly delighted at the religious life of the Ashram and as a token of his full satisfaction with the life and activities of the Kanyas, he presented several of them with religious books. He had long talks with Baba on the subject of Dharma (religion), the present chaotic condition of the Hindu Dharma, the need for its reform etc., and expressed his regret that holy men were helpless to advance its cause. Circumstances were such that only an Avatara will be capable of reestablishing Dharma in the world. This interesting talk of the Swamiji evoked a sympathetic response from Baba who burst out with a prophetic announcement of the future Incarnation and his work...Baba declared that an incarnation will shortly manifest Himself on earth in a European [Western] country. He will be all powerful and bear down everything before him. He will see to it that Vedic Dharma is firmly re-established in India.”

To prophesy the coming of an Avatar was extraordinary enough. To foresee That One as a Westerner was iconoclastic. Upasani Baba was foretelling a World-Teacher, One capable of Mastering both East and West. The notion that such a One would be a Westerner was, from the traditional Hindu point of view, incomprehensible. Nevertheless, around the time of this prophecy, Avatar Adi Da’s physical vehicle was conceived in New York by his parents Frank and Dorothy Jones.