with a superior egoic consciousness that he or she is God. The ego of such a one is destroyed, transcended in the process of his or her lifetime. The situation of the Spiritual Master is not as you might imagine. You may be thinking: "We all know you are not suffering like us! We poor bastards are the ones who are suffering—you've got it made!" Well, such thinking is not true at all. The lifetime of the Spiritual Master is only sacrifice, and therefore more a torment than the lifetime of the ordinary soul. Read the biographies of the great Spiritual Masters. They all tell the same story of a life that is terrible in some ways, a life in which frequently they are exploited and rejected, and in which they are under the constant threat of domination by worldly and negative forces. Such individuals are always dealing with great forces, not just mastering their rejection by human beings, but tussling with daemonic energy. Such is also the case in My Lifetime! What you see in My Lifetime is the biography of the Divine Being. This is how the Divine Being must live among human beings.

People who are not truly devotees often feel that they must become like the Spiritual Master, that they must have the status of the Spiritual Master. Such people envy the Spiritual Master, and they will not surrender to him or her. They only want from the Spiritual Master a token, a bit of magic, that will somehow make them like he or she is. But understand this: No un-Enlightened soul wants to be in the position of the Spiritual Master! If you understood My constant experience, you would not envy it—nor could you endure it! One must be Helped by great Divine Power in order to endure the events associated with such a unique life, in order to pass through such events with a clear understanding of what they are as a Divine Process. Only the Divine has the power to endure the complete revolution of consciousness. Only the Divine has the power to confront the entire play of manifest existence and master all the forces to which beings are subject. The Spiritual Master engages those forces in actual warfare, whereas devotees in general perceive the same forces to be the play of their natural experience. The devotee does not struggle with the power that produces weather or with the physics of light personified as self-conscious beings, although the devotee is also somehow involved in the same play. The Purusha, the Divine, is the victorious Warrior, the Master of all life.”

How Can Adi Da Confess That He Is The Divine Person? 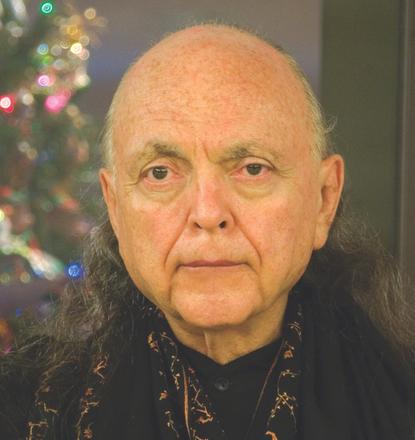 You must understand that the unique status of the Spiritual Master is not given for his or her own sake.

AVATAR ADI DA HAS INSTRUCTED His devotees extensively about the right and wrong ways of understanding and relating to Him. At the beginning of each of His books, He has written very clearly about this matter in an essay called “First Word”. He explains that by revealing Himself as the Divine, He is not indulging in illusions of grandiose Divinity, but rather demonstrating the fulfillment and integrity of the esoteric nondual realization of Reality.

When Adi Da Samraj Ecstatically Proclaims that "There is Only God" or that "I Am God", He is not Speaking from the viewpoint of a conventional ego. The "I" Who is the "God" proclaimed is not a conventional ego. The "I" that is the "ego" is vanished in Avatar Adi Da Samraj, and He has become "Transparent", possessed by Divinity. He has lost His individuated consciousness, and allowed the Divine Consciousness to become Him. In Adi Da's Wisdom-Teaching, there is no exclusive God or parental deity in a heaven somewhere Who has created everything—such is the language and orientation of exoteric religion. The God of His Confession is Real God, the Condition That Pervades and Transcends all of this. Real God is always and everywhere Present, and is the True Identity of every one.​

​In many places throughout this website and His Wisdom-Teaching, you will see that Adi Da Samraj is referred to as the Divine Person. Such language is in itself a paradox—for how can the All-Pervading and All-Transcending Divine Consciousness be a Person? Because the Avatar Adi Da Samraj lives in the permanent Samadhi of Divine Self-Realization, He has become Identical with the Divine. He has transcended the ego so completely that only the Divine Flows through Him. His bodily (human) Form, His Spiritual (and Always Blessing) Presence, and His Very (and Inherently Perfect) State have become Vehicles for Divine Grace. Thus, His bodily Person is Divine, and the Divine Person exists As Him. And His devotees, in their own Divine Enlightenment, likewise Realize His Divine Condition.

This Recognition of Divinity is an esoteric secret of the Guru-devotee relationship. It is not a subject for mere belief, nor can any one be convinced of the matter through any intellectual argument. However, Adi Da Samraj’s devotees recognize Him at heart and know Him to be the Very and One Divine Person, the Only One that Is. In this Recognition, the Guru is understood to be identical to the Living God, as well as that Very One in His or Her Physical Body. Adi Da Samraj’s devotees know Him to be one who has perfectly and completely transcended any vestiges of ego, and in this transformative Recognition, know Him to be the Very Divine One Perfectly.

It is stated in various Hindu texts on Guru-devotion, that the Guru is greater that God. How bold is such a communication, heard by the increasingly Westernized ears of men and women of today! Not only is the Guru equal to God, but He or She is greater than God! What is meant by this is that generally our understanding of God (either as an idea, energy, or even a “being” somewhere in the distance) is abstract and without form. It is not easy to communicate or learn from such an abstract God. The Guru, however, consents to Incarnate as the Very Divine here on this earth in order to serve the Divine Realization of His or Her devotees. This is an incredibly compassionate Gesture, which places the Guru above any God-idea in any place, above or beyond.