Beyond East and West​

​​Excerpts from Avatar Adi Da Samraj’s essays in
The Truly Human New World-Culture Of Unbroken Real-God-Man
The Eastern Versus The Western Traditional Cultures Of Mankind, and The Unique New Non-Dual Culture Of The True World-Religion Of Adidam

I Help You To Learn The Divine Way That Neither Strategically Avoids Nor Strategically Exploits the body-mind, all others, or any part (or Even The Totality) Of conditional Existence. . . .

AVATAR ADI DA SAMRAJ: The Eastern mind characteristically tends to presume—as a fundamental (and, ultimately, irreducible) fact—that, at the level of humanly experienced “material” (or conditionally manifested) existence, there is (and will always be) non-unity, non-enjoyment, multiplicity, opposition, separation, and suffering. However, the same (Eastern) mind also tends equally characteristically, to affirm and to experience Unity at the depth-level (or subtle level) of conscious awareness (and even Identity, and Non-separateness, at the level of Consciousness Itself).

In contrast to the Eastern mind, the Western mind characteristically tends to idealize (or to idealistically presume and pursue) unity, oneness, success, and satisfaction at the level of human manifestation. That is, it is a characteristic trait of the Western mind that it always emphasizes (or idealizes) unity and oneness at the level of politics, social life and human endeavor in general—and, therefore, it affirms the ideals of the political and social unity of all mankind, the pursuit of personal and collective success in life, and so on. However, the same (Western) mind also tends, equally characteristically, to affirm and experience multiplicity, opposition, and separation at the depth-level (or subtle level) of conscious awareness. Thus, in its theology, the Western mind emphasizes the multiplicity of “souls” and their (presumed-to-be irreducible) separateness from God. Furthermore, the Western mind always tends to doubt and resist mystical (and other unitive) processes. By extension (in the modern context), the Western mind tends to idealistically affirm the primacy of the individual over against the State and the collective. And, in the realm of the various scientific disciplines, the Western mind cannot assert the ultimate irreducibility of consciousness (as Consciousness Itself), but (rather) chronically assumes consciousness to have its source in material (and, therefore, merely—or only—mortal) processes. Indeed, the Western mind tends to presume that “materiality” itself is the ultimate (and irreducible) condition of every thing, and every one, and all.

In summary, the Eastern mind characteristically idealizes Unconditional Reality, and the Western mind characteristically idealizes conditional reality. Nevertheless—in Truth, or in Reality—there is no separation, no inherent opposition, between Unconditional Reality and conditional reality. Consciousness Itself (or Unconditional Reality Itself) and form (or the conditional manifestation of Reality Itself) are not inherently separate, not truly in opposition to one another. There is Only Non-exclusive Reality (Itself), Identical to Self-Existing and Self-Radiant Consciousness (Itself). However, only from the “Point of View” of the Most Perfect Realization of “radical” (or “root”) self-understanding is both the Existence of Unconditional Reality and the Unqualified Condition of the living (or conditionally manifested) reality Inherently Obvious As Such and So. In the absence of most perfect “radical” (or “root”) self-understanding, the presumption of mind—whether of an idealized Unity or of a proposed dis-Unity—is only an artificial condition, imposed arbitrarily, which cannot be feeling-True (or Real to the heart).

The Dichotomy in the Disposition of Man

I Call These Two Efforts or Tendencies "The Alpha Strategy" and "The Omega Strategy".

The Alpha Preference Is For The Control (or Strategic limiting, or Minimizing) Of the functional and relational activities of the conditional psycho-physical personality (Even To The Degree Of Suppression and Exclusion)—and For The Maximizing Of attention, Mystical Devotion, and Contemplative Surrender To The Transcendental, Inherently Spiritual, Inherently egoless, and Self-Evidently Divine Self-Condition, Being, Source-Condition, or Person. . . .

The Omega Preference Is For Control, limitation, Doubt, and Even Suppression (or Exclusion) Of attention, Mystical Devotion, and Contemplative Surrender To The Transcendental, Inherently Spiritual, Inherently egoless, and Self-Evidently Divine Self-Condition, Being, Source-Condition, or Person—While, Otherwise, Liberally Maximizing attention (and The Pursuit Of experience and knowledge) Relative To functional and relational activities and Even The Total conditional Context (or world-Context) Of bodily-Based human Existence. . . .

These Two Strategic points of view Are Apparently In Conflict With one another—and, Indeed, Historically This Has Been The Case. That Conflict Is Itself One Of The Principal conditional Signs Of human Struggle Within The Context Of conditional Nature. Thus, Early human History (and, Indeed, The Entire History Of The Total Great

Tradition Of Mankind, Previous To My Divine Avataric

Appearance here) Developed On The Basis Of A

Dichotomy (or Split) In The Disposition Of Man, Based On 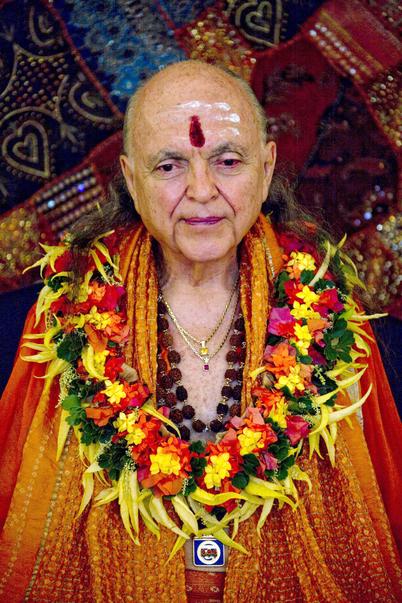 The Two Natural functional Divisions Of the human brain (and Of the human nervous system). And, On The Basis Of That Split, Mankind Has Developed Along Two Entirely Different Lines (Which May Be Compared and Related To The Frontal and Spinal Lines Of the human body-mind), Almost As If Mankind Were Composed Of Two Separate Species. Therefore, This Dichotomy and These Two Great Lines Of human Development Must Be "Considered" and "Understood".

AVATAR ADI DA SAMRAJ: "Creativity" is the idol of the West. All the activities and knowledge of the West, and even its obsessions, are a worship of "Creativity"—the source and force of generation.

"No-creation" is the idol of the East. All the activities and knowledge of the East are a worship of "No-creation"—the Original Nature, divorced from all that is (apparently) generated.

The entire world is divided into these two idolatrous camps. They permeate all of religion, all of philosophy, every aspect of culture, society, economics, and politics—every aspect of individual and collective life. This has been so since the unrecorded beginnings of human time.

The future "belongs to" Reality Itself.

Therefore, what is needed is "radical" (or "at-the-root") self-understanding of all forms of pursuit.

What is required is a new human order of true men and women—who will live Reality and never turn away.

The Divine Way That Transcends Both East and West

I Reveal To You The Divine Way That Transcends The Faults Of The Alpha Strategy (or The Effort To Return, or Strategically Escape, To The Beginning—or To The, Presumed, Perfectly Exclusive Source Of conditional causes and conditional effects).

I Reveal To You The Divine Way That Transcends The Faults Of The Omega Strategy (or The Effort To Proceed, or Strategically Escape, To The End—or To The conditional Perfection Of conditional causes and conditional effects).

I Reveal To You The Divine Way Of "What" and "Who" Is Always Already The Case—Avatarically Self-Revealed By Me To Be The Inherent (and Self-Evidently Divine) Feeling Of Being (Itself), Prior To, and Inherently Transcending, and Yet (In The Apparent Context Of arising conditions) Perfectly Coincident With conditional causes and conditional effects (Whether At The Beginning, Or At The End, Or In The Infinite Span Between).

I Call You To Understand the psycho-physical self.

I Call You To Understand The Alpha-Tendencies and The Omega-Tendencies Of Your Own body-mind.

I Help You To Learn The Divine Way That Neither Strategically Avoids Nor Strategically Exploits the body-mind, all others, or any part (or Even The Totality) Of conditional Existence. . . .

When You Realize The Self-Existing Love-Bliss Of The Inherent Being, and When Your Own Fullness Shines Faster and Further Than The Beginning and The End Of Desires, You Will Be Inherently (and Divinely) Indifferent To conditional Existence (Without Otherwise Seeking To Avoid or Strategically Escape conditional Existence), and You Will Be Resolved In My "Bright" Divine Self-Light.​

​“The book ‘The Truly Human New World-Culture Of Unbroken Real-God-Man’ is Avatar Adi Da's remarkably penetrating examination of the deepest roots of human culture. In this book, He pinpoints, with exhilarating precision, the nature of the fundamental "split" between East and West, and then Reveals the Way of Truth beyond that cultural split.

This book is Avatar Adi Da's passionate Argument for (and Offering of) a "truly human new world-culture" that goes beyond this fundamental human split. He is telling us that we can never be "truly human" if we persist in basing our lives on a "choice" for either the Unconditional or the conditional, either the "Beyond" or the "here-and-now"—because a truly human life involves full participation in both dimensions of Reality. And Avatar Adi Da is Offering Himself as the "Unbroken Real-God-Man"—the humanly manifested Appearance of Real God, Who Shows the Way that utterly transcends the humanly presumed "break" between the Unconditional and the conditional, between Real God and Man.

Avatar Adi Da Samraj offers a profoundly penetrating and insightful analysis and critique of the predominant forms of human culture, and illumines with dazzling wisdom the way beyond them.”​