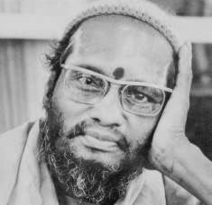 Sadhana with His Gurus

​But none of this was sufficient for Avatar Adi Da Samraj. He was not diverted or satisfied by any temporary experience or limited point of view. Only the “Bright” Itself, His Native Divine State of Perfect Love-Bliss, was Sufficient. And so He persisted in His unrelenting enquiry into Reality until the process fulfilled itself. Seated in the Vedanta Temple in Hollywood, California, on September 10, 1970 He suddenly Knew that His Realization was unqualified and irrevocable. He was fully re-established in the “Bright”. Adi Da Samraj Transcended every form of bondage and limitation in the Joyful Re-Awakening of Identity with the Divine Self, the ultimate Identity of all beings.

AVATAR ADI DA SAMRAJ: “In That instant, I understood and Realized (inherently, and most perfectly) What and Who I Am. It was a tacit Realization, a direct Knowledge in Consciousness. It was Conscious Light Itself, without the addition of a Communication from any "Other" Source. There Is no "Other" Source. I simply sat there and Knew What and Who I Am. I was Being What I Am, Who I Am. I Am Being What I Am, Who I Am. I Am Reality, the Divine Self-Condition—the Nature, Substance, Support, and Source-Condition of all things and all beings. I Am One—The One. One and Only. I Am the One Being, called "God" (the Source and Substance and Support and Self-Condition of all-and-All), the "One Mind" (the Consciousness and Energy in and As Which all-and-All appears), "Siva-Shakti" (the Self-Existing and Self-Radiant Reality Itself), "Brahman" (the Only Reality, Itself), the "One Atman" (That Is not ego, but Only "Brahman", the Only Reality, Itself), the "Nirvanic Ground" (the egoless and conditionless Reality and Truth, Prior to all dualities, but excluding none). I Am the One and Only and inherently egoless and Self-Evidently Divine Self-Condition, Source-Condition, Nature, Substance, Support, and Ground of all-and-All. I Am the "Bright". There was no thought involved in This. I Am That Self-Existing and Self-Radiant and Self-Evidently Divine Conscious Light.”

After Re-Awakening to the “Bright”, Avatar Adi Da Samraj continued to relate to the gross dimension, continued to see visions associated with the subtle dimension, and continued to be aware of the causal depth. But none of these experiences had (or have) any power to bind His attention. He Recognized that all these experiences (gross, subtle, and causal) were mere passing modifications of the “Bright” Reality Itself—unnecessary, temporary, and non-binding.

At the age of thirty, Avatar Adi Da had regained, with full consciousness, the Condition He had enjoyed at Birth, but now with a complete understanding of the limiting mechanisms of the ordinary human body-mind and the full capability to Serve the Realization of others. 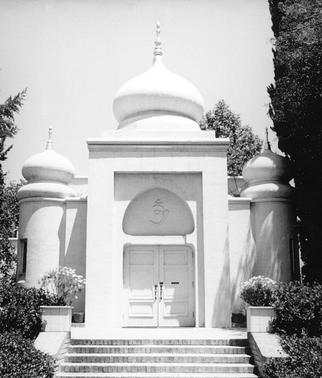 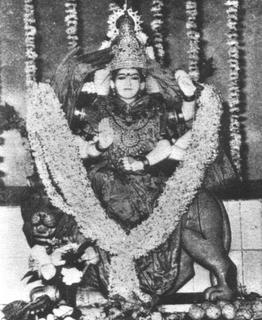 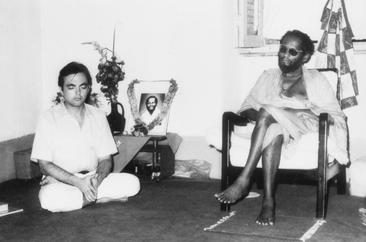 While attending Columbia College in 1957, Avatar Adi Da Samraj began His Sadhana, or conscious Spiritual practice. He lived as an Avadhoot (one who wanders, free of all binding attachments), seeking answers to fundamental Spiritual questions in the "jungles" of the New York City streets. During this time, as a result of a remarkable breakthrough, He experienced the revelation that Freedom or Joy is not attained by any effort of seeking. Nothing needs to be done to undo any felt dilemma or contradiction. Coincident with this understanding was the insight that in truth and at the core, we are each always and already Free. ​

Avatar Adi Da Samraj's first human Teacher was the Western Kundalini Teacher Swami Rudrananda (Rudi). In Rudi, Adi Da found a Guru capable of Transmitting Spiritual Power directly to his devotee. Rudi schooled Adi Da in self-discipline and in the reception of descending Spiritual energies, and Adi Da fulfilled every instruction and admonition of His Guru. Adi Da's Sadhana always involved complete devotional surrender and obedience to His Guru. For Adi Da, this devotional surrender was also always linked with the development and deepening of self-understanding (or the process of observing, understanding, and transcending the activity that one habitually performs in each moment, which creates the sense of separation and un-Happiness).

After four years, Adi Da's Spiritual maturity grew beyond the help that Rudi could offer, and so Rudi passed Him on to Swami Muktananda, Rudi's own Guru, a great Yogic Master who initiated his devotees into higher Yogic and mystical phenomena. In 1968, Avatar Adi Da traveled to be with Swami Muktananda at his Ashram in Ganeshpuri, India. In a remarkable example of Spiritual receptivity, on the third day of His visit to the Ashram, Adi Da experienced the prized Yogic Realization traditionally described as "nirvikalpa samadhi"—the temporary, Blissful Realization of unity with the formless Divine Source-Light above, accomplished through Yogic ascent. Adi Da Samraj’s almost immediate Realization of this samadhi of Perfect Ascent was a sign of His Prior Divine Realization, brought into this life, and only re-asserted through His time in the yogic atmosphere of Swami Muktananda’s Ashram.

Avatar Adi Da was to do Sadhana with Swami Muktananda for another two years before being passed on briefly to Swami Nityananda (Swami Muktananda's own Guru and Rudi's principal Guru), with whom Adi Da had contact on the subtle plane.

Finally, Adi Da was passed on to the Divine Goddess Herself, the living and Divine "Spirit-Personality", Who is the subtle Personification of the Creative Universal Spirit-Energy. Swami Muktananda and Swami Nityananda had both had a direct relationship to the Goddess, and understood Her to be the ultimate Teacher or Guide of the entire lineage. She now appeared to Avatar Adi Da in subtle form, to Guide Him very practically and directly. Remarkably, (as has been the case with only a few individuals in Spiritual history) it was the Goddess Herself Who now became Adi Da's principal Spiritual Guide, and Who ultimately was the vehicle for His final Liberation, or, rather, His Divine Re-Awakening.

Appearing in the forms of the Hindu goddess Durga, and as the Virgin Mary of Christianity, the Goddess mysteriously led Avatar Adi Da Samraj on a pilgrimage of the major holy sites of the Middle East and Europe. There, He spontaneously experienced the depth of the Western psyche in mystical Christian visions of extraordinary intensity. Those visions, in their turn, faded and His Sadhana entered into the causal domain, the deep root-place where attention arises. In that meditative seclusion, resting prior to all experienced, He fulfilled the goals described in the highest forms of Buddhism and Advaita Vedanta. 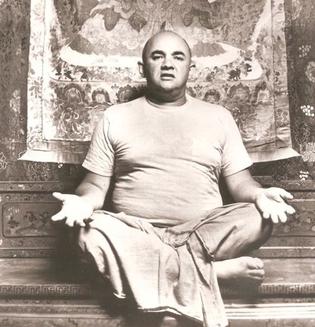 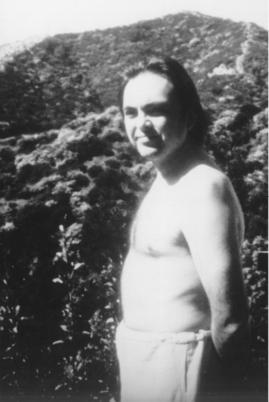 ...He suddenly Knew that His Realization was unqualified and irrevocable. He was fully re-established in the “Bright”. 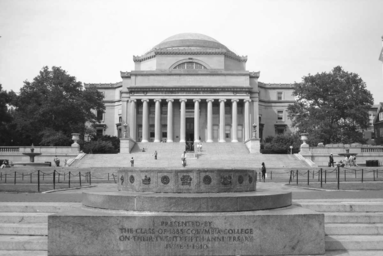 He persisted in His unrelenting enquiry into Reality until the process fulfilled itself. 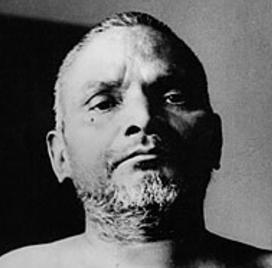